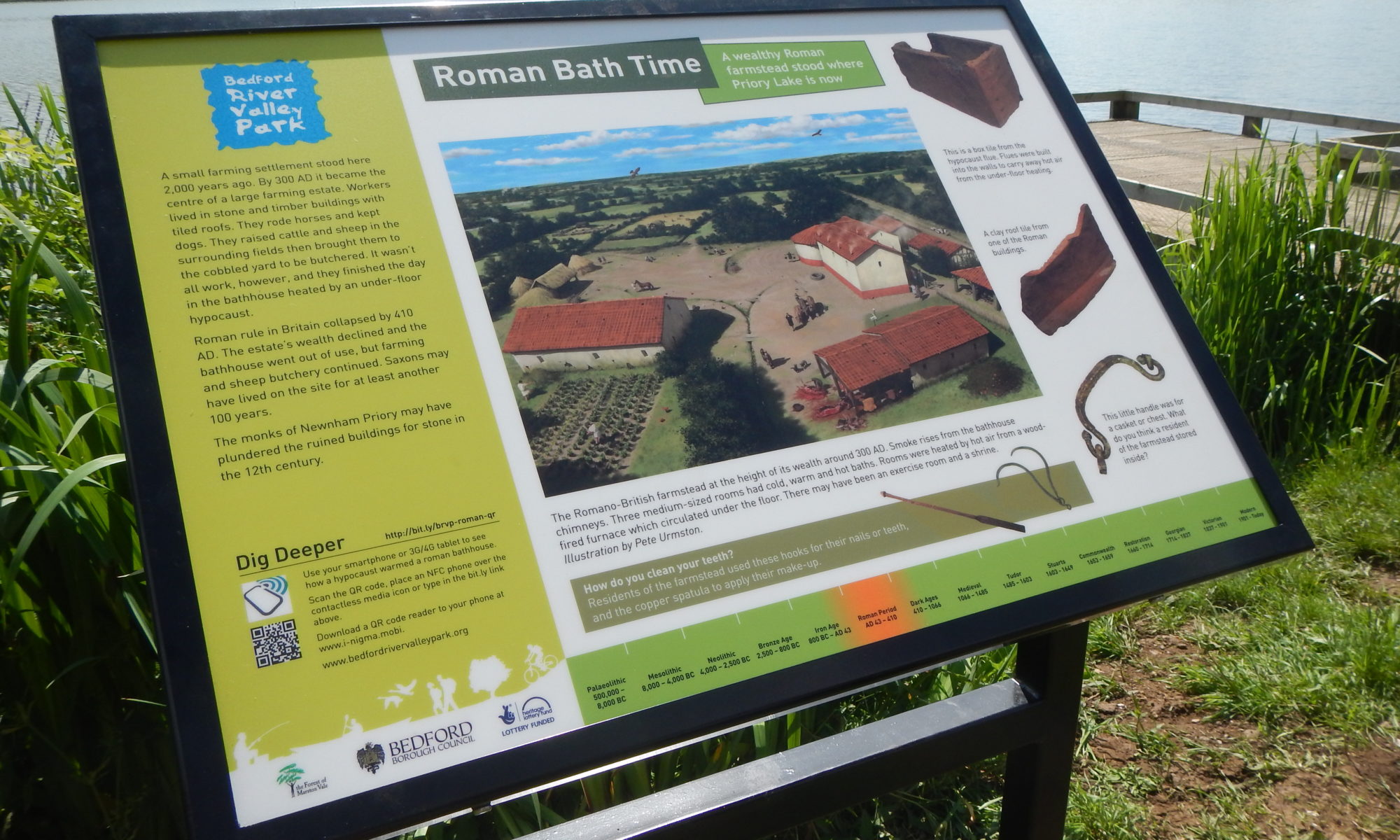 In October I was privileged to visit The Higgins, Bedford, before spending a morning with members of the Saturday Archaeology Workshops group.
END_OF_DOCUMENT_TOKEN_TO_BE_REPLACED

This summer’s Children’s Media Conference was, as ever, a busy exciting conference. Where else would I fall into casual conversation with the former chief exec of EuroDisney channel, now commissioning TV channels across 100 countries? Or rub shoulders with BBC commissioners, meet James Huggins of Made in Me, a family-based story App designer dedicated to gently interactive traditional picture book storying, bump into technological innovators, traditional puppet makers, games designers, authors and illustrators, Bob the Builder’s creator, the maker and the commissioner of the Octonauts (I bow down!), creators and innovators, publishers and funders from across the range of children’s media, familiar and new. And what a keynote from Malorie Blackman, inspirational children’s laureate, with over 60 titles to her name and a lot more yet to say.

So… what’s the relevance to heritage interpretation? In part, it’s fascinating to see something of the variety of media for communicating stories, engaging attention, delighting audiences. There are innovations, and tried and tested forms, done excellently. It’s inspiring.

There are research presentations too. The findings outlined below felt relevant to our field, with much to ponder and no conclusions reached yet. In particular, How should we target often limited resources in communicating heritage to children and young people? Hi-tech or print-outs, Apps or explorer trails, QR codes or a dressing up box? You can read findings from Ofcom’s 2013 Children’s and Parents’ Media Use and Attitudes Survey below.


This presentation surveyed trends in children’s use of technology. Ofcom’s longitudinal research project began in 2005 and surveys 4000+ households annually, asking questions of parents and of children aged 5-15.

The survey takes into account BARB data on children’s viewing habits and data on the websites most accessed by 6-14 year olds.

Research Findings
Tablet use has risen dramatically among children.
Mobile phone ownership has fallen – perhaps due to the rise of more expensive multifunctional smart phones, over the text-n-call phones of 2005.
In particular 8-11 year olds are now less likely to own a phone, but more likely to use a tablet.
Chat Apps are gaining popularity, as Facebook activity slightly falls among children aged 8-11 and aged 12-15 (though Facebook for now remains far and away the market leader in social media, 87% have a profile, and 37% use Twitter).
The average number of Facebook friends among 12-15 year olds is 278, 78% of whom they have never met in person.
The rising popularity of Chat Apps such as WhatsApp suggest children are increasingly opting for safer, closed, intimate online spaces over more widely accessed platforms where it is not always easy to understand who you’re talking to, and who can find out about you.
Patterns of mobile devices and media usage in bedrooms are changing somewhat – fewer have a TV, games console or radio in their room, but Internet activity in the bedroom has risen by 12-15%.

More children go online more often at home than in 2005, with near universal Internet access and a bigger choice of devices offering connectivity – tablets and smartphones now, as well as the still dominant desktops and laptops.

Television remains the most used media technology across age groups from preschool to 15, but among 12-15 year olds it is marginally pipped by Internet activity, which is rising.

Online Safety: Trust and Concerns
94% of children access the Internet at home.
Children’s trust in Internet content has fallen across the board since 2005 and varies according to source: about 74% say they trust school homework sites, c. 50% trust Wikipedia content, and just 28% say they would trust the content on social networking sites (perhaps still a scarily high figure).

About one in five children has concerns about seeing material that is too old for them, or sad, scary or embarrassing. About one in ten of the older children has concerns about bad things people have said about them online. At this point, it’s worth mentioning a recent article in Times Educational Supplement quoting research findings that average anxiety levels among teenagers are now such that in the 1950s they would have been diagnosed with an anxiety disorder. It bears rewording: it is now normal (in the sense of common) for our children to live with anxiety at levels considered pathological just two generations ago.

How do parents curate or intervene to support and control their children’s media use? A few (c.15%) claim to put no controls on at all. While 85% of parents use some blend of conversation (many talk with their children at least once a month about safety online); technical mediation such as access codes and passwords; safe search technology; parental control mechanisms; and enabling YouTube safety mode.

Making and Sharing: The Rise and Rise of YouTube
Bite-size clips are sharable and fun.

YouTube use is rising dramatically, with sharability and content creation and curation facilities of very high value to children. It’s shaking up the music video industry as companies realise many young people no longer watch an entire 3-minute music video, but instead share and reshare brief buyer-clips.

Vine and Instagram are popular for sharing videos and photos.

While tablets do not yet dominate any one category they score highly across all, and tablet use continues to rise among all the age groups.

Asked which technology they would hate to lose most, 5-7 and 8-11 years olds generally say television, and then games; for 12-15 year olds it’s their PHONE!


So – is there anything here we can apply directly to interpretation planning? Maybe, maybe not. I have a hunch that most children will access interpretation predominantly onsite. But I note too that good homework resources are popular – often curated and recommended by teaching staff.

And if we’re going digital, then … Cats running into walls are cool! Brief, sharable, playable, funny. 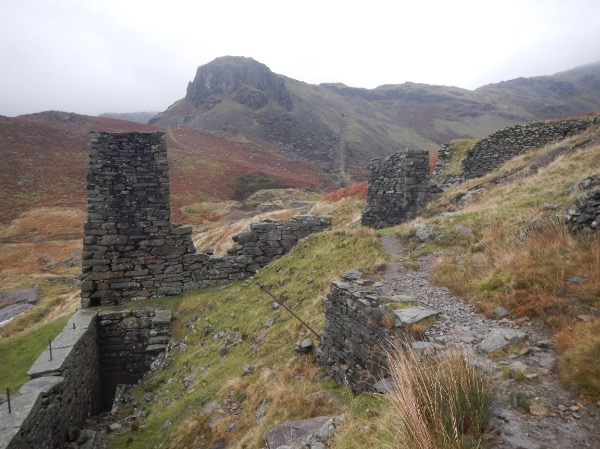 inHeritage are delighted to be working with Minerva Heritage and The Way Design to develop the interpretation and activity plans for the Coniston Copper Project HLF application. END_OF_DOCUMENT_TOKEN_TO_BE_REPLACED 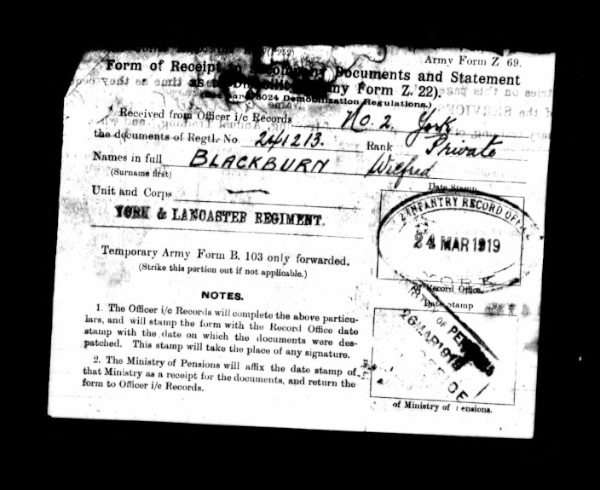 The Hill Primary School, Thurnscoe have received resource packs about 10 men of the village who fought in the First World War. END_OF_DOCUMENT_TOKEN_TO_BE_REPLACED