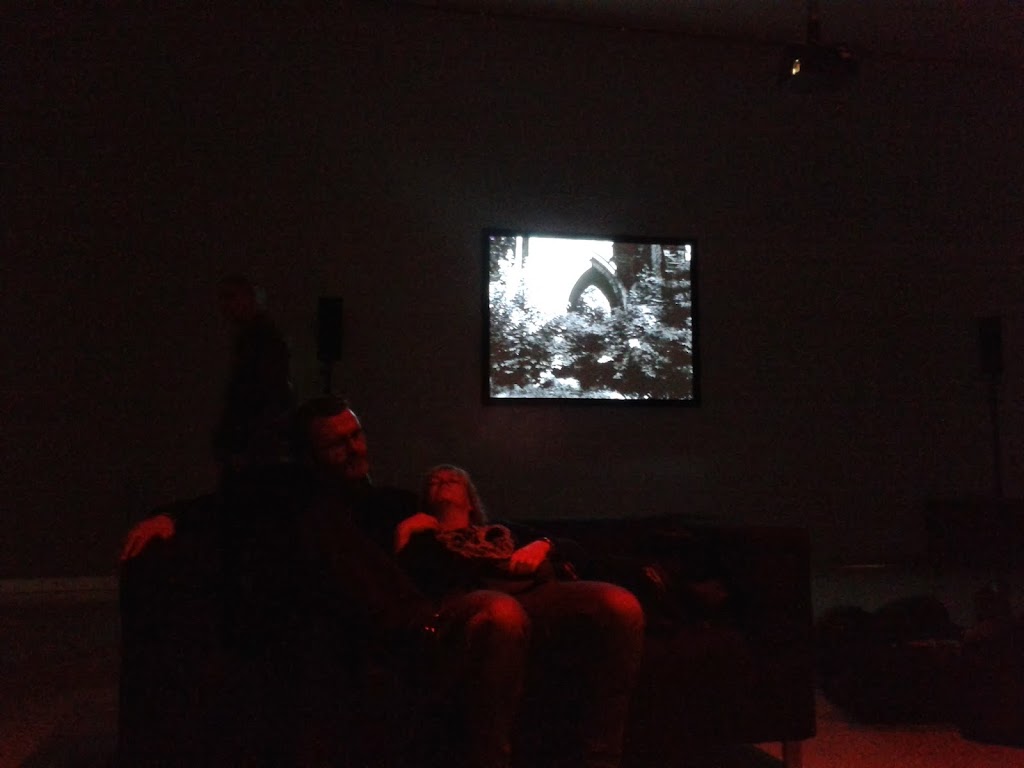 Inside the Circle of Fire is a new exhibition at Sheffield’s Millennium Galleries by Cabaret Voltaire co-founder Chris Watson.
Chris spent 18 months recording the sounds of Sheffield to create this immersive sound map of the city’s heartbeat, from birdsong in Ecclesall Woods or on the city’s Peak District fringe to Forgemaster’s blast furnaces, football crowds, and Fargate on a Friday night. He deliberately calls the exhibition a site-specific sound map, which recreates the sounds of 21st Century Sheffield. He hopes audiences have a creative relationship with the exhibition, their imaginations stimulated by recognisable and personal sounds.
Sound from Inside the Circle of Fire.

I visited the exhibition today and was struck by the emotional and associative potential of using artistically-conceived sound as interpretation in a gallery environment.

Reclining on a cushion, I was transported directly and vividly to places I associated with the sounds. Strong, personal connections, though none of the sounds were otherwise signposted or captioned. You, as listener, had to actively work to make those connections, to interpret the places in Sheffield evoked in the songs of birds and chants of football crowds, in the roar of furnaces and churn of rivers. Each new sound brought a place, sometimes more than one, to mind and raised a range of emotions, all of which originated from my own experiences of those ‘imagined’ places. I assume that sometimes the places I associated with the sounds are the same locations Chris recorded and sometimes they are different. I will have no way of knowing beyond the small number of places mentioned in the exhibition’s publicity. Perhaps I transmuted the sound of the crowd at Bramall Lane into my real-life experience of matches at Hillsborough – or vice versa. It really doesn’t matter, what is important is that I re-envisaged a moment in my life in Sheffield through the power of sound. Projected photographs do aid place recognition, but are never displayed to match the sounds. The exhibition probably does require you to have life experiences of Sheffield to create strong, emotional remembrances and mental geo-transportations.
Sound from Inside the Circle of Fire. With added surreal dimension from a four-year old’s voiceover on behalf of a soap.

This is aural art as part-celebration, part-interpretation of a contemporary landscape and biographically timelined relationships with it. Sound enables emotional triggers which (re)create moments in time and space so that exhibition audiences dynamically reveal and tell their own stories of places in reaction to those sounds. Multiple personal conversations are provoked between spatial structure and the individual in a way that didactic interpretation cannot manage. Inside the Circle of Fire is a good example of how successfully and powerfully we can interpret places by providing space for the audiences to do some of the work themselves.

Chris Watson talks about Inside the Ring of Fire
http://youtu.be/h1x_wvFmqi8