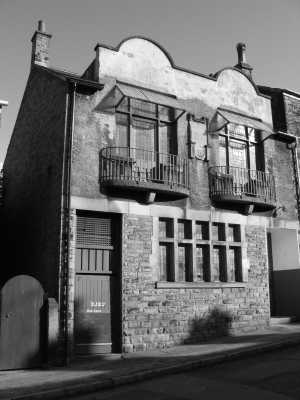 Great night with the Walkley historians last night. Seventeen people gathered around tables in Walkley Community Centre with maps, documents and photos to decide who is going to research what from the lives of WW1 soldiers through the early years of Walkley Reform Club to post-war life, slum clearance and the Walkley Action Group campaign.

Then, we followed the historian session with the second of two oral history training workshops at the Centre. There are now 21 trained oral historians ready to hit the streets of Walkley to discover its remembered past! Some will begin recording family, friends and neghbours. We also have about 30 people who have been in touch asking to be recorded.
Today, we spent an hour with Veronica Hardstaff in Ruskin Park, identifying which demolished streets local school children will mark out across the park for the Walkley Festival’s Ruskin Park Fun Day on the 6th July. The even numbers of Harworth Steet are definitely on to do, including the club at the corner with Daniel Hill St.
Some of the stalls will be in people’s houses, hopefully the beer tent in a back garden and the stage in the club.
We will write potted biographies of families from as many demolished homes as we can, with names and occupations, display photos and produce a discovery trail for families.