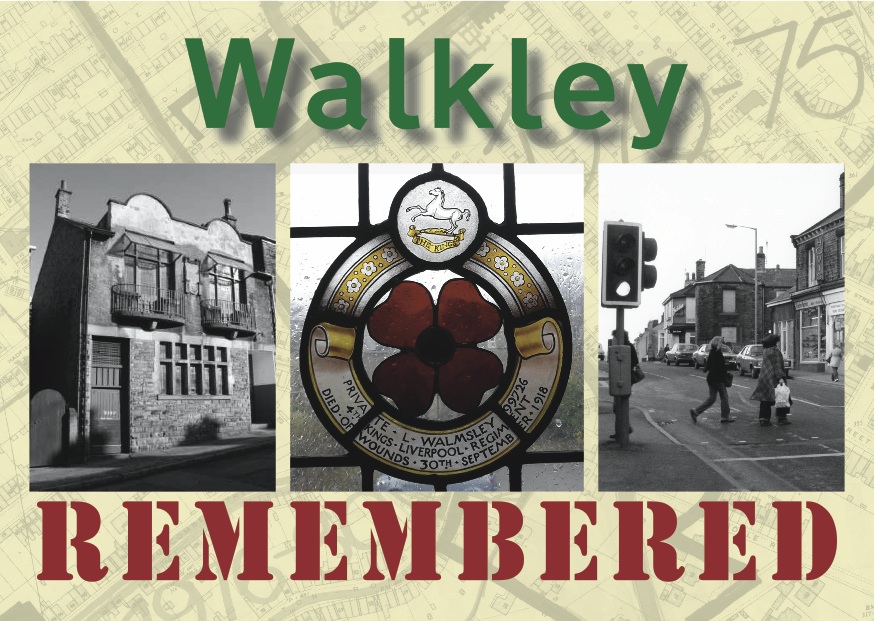 The Walkley Ways, Walkley Wars history project was launched with a bang at the Walkley Community Centre, Sheffield on Friday evening.

Almost 100 people packed out the Centre for two hours. It is great to see so much interest in Walkley’s history from such a wide range of ages and parts of the community. Bill introduced the project and two key players in the 1960s/70s slum clearance and improvements scheme gave talks – Geoff Green of the Walkley Action Campaign and Narendra Bajaria, a former planning officer with Sheffield City Council. There were exhibitions of the slum clearance plans, photographs of Walkley in the 1970s and of the memorial windows to the men of the Walkley Reform Club who died in the First World War.
There was a real buzz of excitement in the room, with almost half of the participants having lived in Walkley from before the 1960s, many either moving as their houses were demolished during slum clearance or still living in houses saved from demolition. The participants formed a cross-section of 21st century Walkley society, from teenagers to people in their 80s, and people born and bred in Walkley to more recent arrivals. Thirty-five people signed-up to take part in the research and exploration of Walkley’s past over the next three years.

The project will:
1) Research the lives of Walkley people before they went to fight in World War 1 and preserve the memorials of fallen members of the Walkley Liberal Reform Club.
2) Explore the council plans to demolish Walkley in the 1960s and 70s.
3) Catalogue, research and make public the Walkley Action Group archive in the Walkley Commnunity Centre.
4) Record memories of Walkley life during the 1960s and 70s.
5) Find out what Fir St was like in 1908/09 when the Walkley Liberal Reform Club was proposed and built.

The project will train volunteers in local history and oral history who will participate in much of the exciting research.
A steering group comprising Rick Allen and Nicole Houghton (WCC), Bill Bevan, Rev Melanie FitzGerald, Veronica Hardstaff and Hugh Waterhouse will oversee the project on behalf of WCC.
We hope the project will lead to the establishment of a Walkley History Society, who will use the Community Centre as its base.
The project is funded by the Heritage Lottery Fund and is being managed by inHeritage on behalf of the Walkley Community Centre.
You can view Bill’s introduction to the project, presented to the project launch as a video on YouTube.
http://youtu.be/SUoi6t_uDZQ