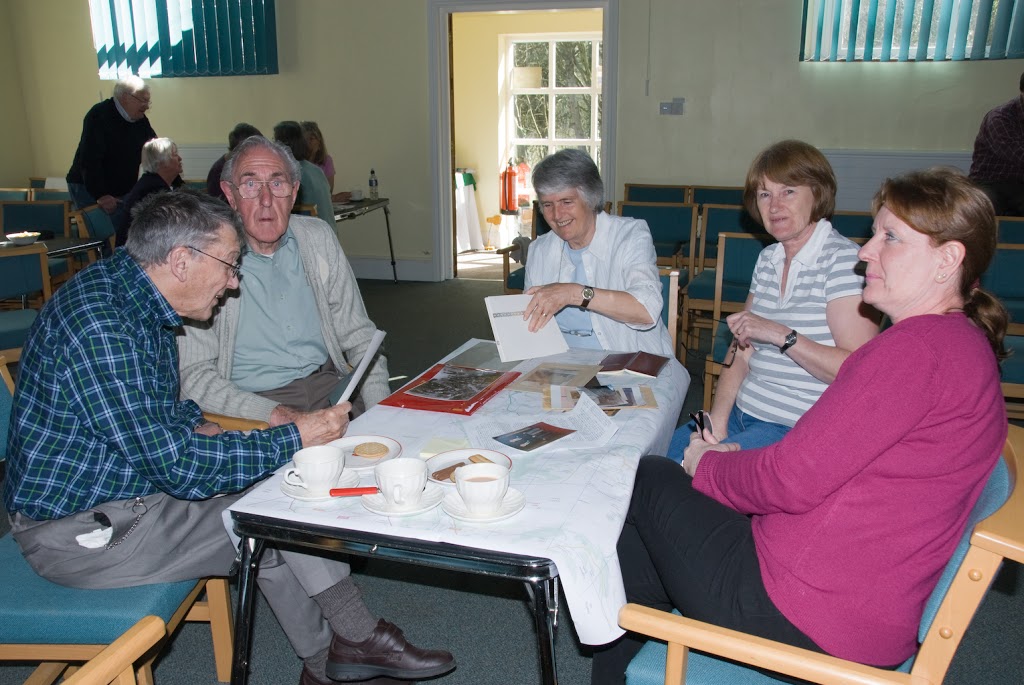 Today was the first public event of the Calver Weir Oral History project. Bill facilitated a memories day in Calver village which brought together the volunteers and participants willing to share memories, photos or other info about Calver Mill, its Weir and the River Derwent nearby.


The village Methodist Hall resounded to stories about stainless steel kitchen sinks, boyhood games along the river and the mill’s appearance in the BBC series Colditz. Colleagues who worked at W & G Sissons, occupants of the mill for much of the second half of the 20th century were reunited after many years, including the Sales Director and his secretary.
Volunteers gained their first experience of collection memories – and of scanning documents. The Chair of the Calver Weir Restoration Project was later interviewed live on BBC Radio Sheffield.
We now have almost 20 people who wish to be interviewed or have other historical information they are willing to share.