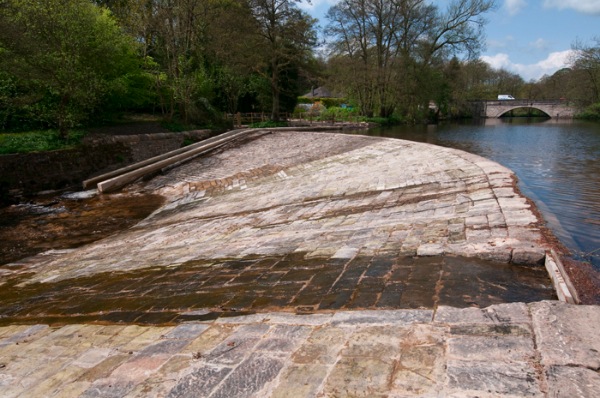 inHeritage have just been contracted to help the Calver Weir Restoration Project record and preserve the memories of people associated with Calver Mill and the weir.
We will manage an oral history project on their behalf which will train a group of volunteers to record interviews with people who are linked with the mill, weir and the adjacent part of the River Derwent. The project begins with a memories day in March and runs to April 2013.
The press release for the project is below:

About the Calver Weir Restoration Project

We are a registered charity formed in 2004 with the objective of saving the weir from collapse and restoring it to good condition. Calver Weir is a Listed Grade 2 structure, built in the 19th century to provide water to power cotton spinning at Calver Mill, on the River Derwent, in the Peak District National Park, Derbyshire.
Now that the restoration of the weir has been achieved, CWRP is working hard to add to the enjoyment of visitors to the area, by improving footpaths and access points, and carrying out important conservation work and providing information on the history and wildlife.