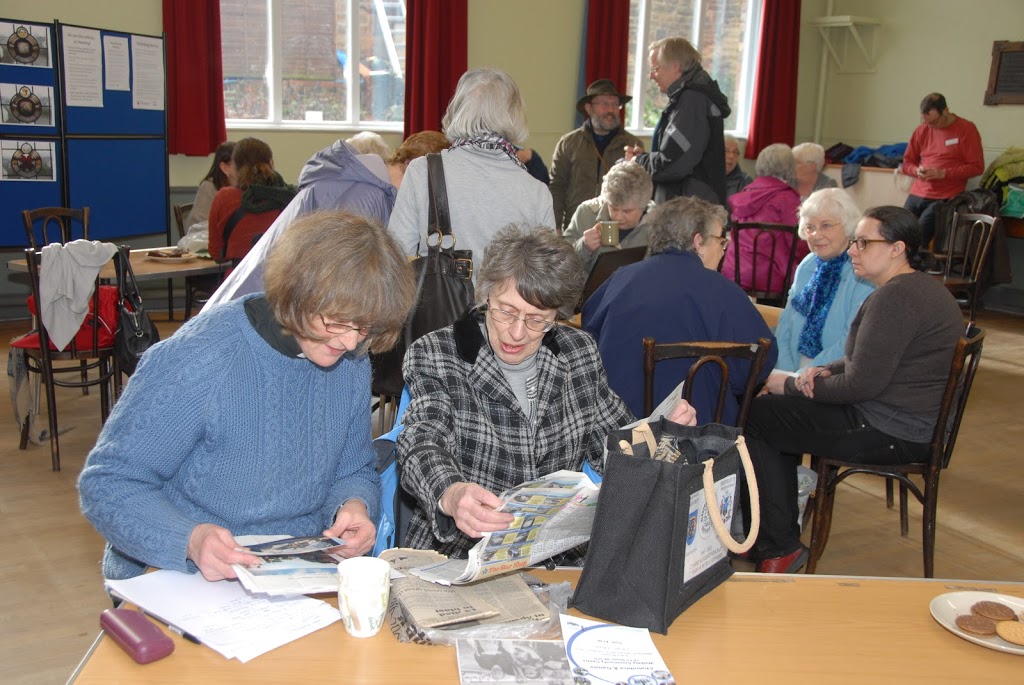 Bill helped to develop this model of a co-produced, community-led history project in a Sheffield suburb.

The project was inspired by a conversation with an 80-year-old Walkley resident who talked about the shops and streets which once stood where today there is a park. This opened up a story of slum clearance, campaigns by the Walkley Action Group and a council change of housing policy to one of improvements over demolition. The project soon evolved into telling the 20th century history of Walkley through the ‘eyes’ of the Walkley Reform Club. Founded in 1909 to reform young men of the suburb, many of its members fought in the First World War and the building was rescued from decay by the Walkley Action Group in 1974 – the year improvements replaced clearance as council policy.
“Thank you Bill for an absolutely awesome afternoon.  I feel very proud and privileged to have been part of such an event, I’ll remember this for the rest of my life.”

Walkley Historian talking about the rededication of the First World War memorial windows for which she researched some of the men’s lives.


Combining archive research, genealogy, oral history and local studies, the project tells these, and other key stories, in Walkley’s 20th century history  through the people who lived and worked in the suburb. Over 20 trained Walkley Historians are conducting this research and sharing their work by contributing to exhibitions and other publications.
“The display in Beeches is beautifully judged – moving and informative.  Every time I go past there seem to be people reading it.”

Bill is project manager on behalf of Walkley Community Centre, training and mentoring Historians, and providing technical skills and strategic oversight. Georgia is leading the schools’ participation which includes bringing different generations together and pupil-created work based on key stories. Key partners include the local churches, Walkley Primary School, Friends of Ruskin Park, and University of Sheffield’s Departments of History and Landscape.
Interpretive outputs include public events, a website, online photo and audio material, a digital memory map. exhibitions, a series of History IS Here talks, a booklet, a DVD and contributuons to national First World War publications.We are taking exhibitions to new venues including a cafe and farm shop.
We are also using social media extensively to communicate the stories and create a lasting legacy of accessible magterial beyond the life of the funded project. As well as a Facebook group, Twitter account and WordPress.com website, we have created an AudioBoo channel, Flickr photostream and YouTube channel – embedding this media in the website.
We have taken oral history interviewees into Walkley Primary School for Ask Your Elders sessions about childhood in the 1950s, brought pupils out to Ruskin Park to mark out the outlines of demolished houses, and created a book of creative writing and drawings based on pupils’ responses to the stories they have heard.
Started: October 2012. Completed: Ongoing to March 2015.
Client: Walkley Community Centre.
Client Chair: Rick Allan.
http://walkleyhistory.wordpress.com