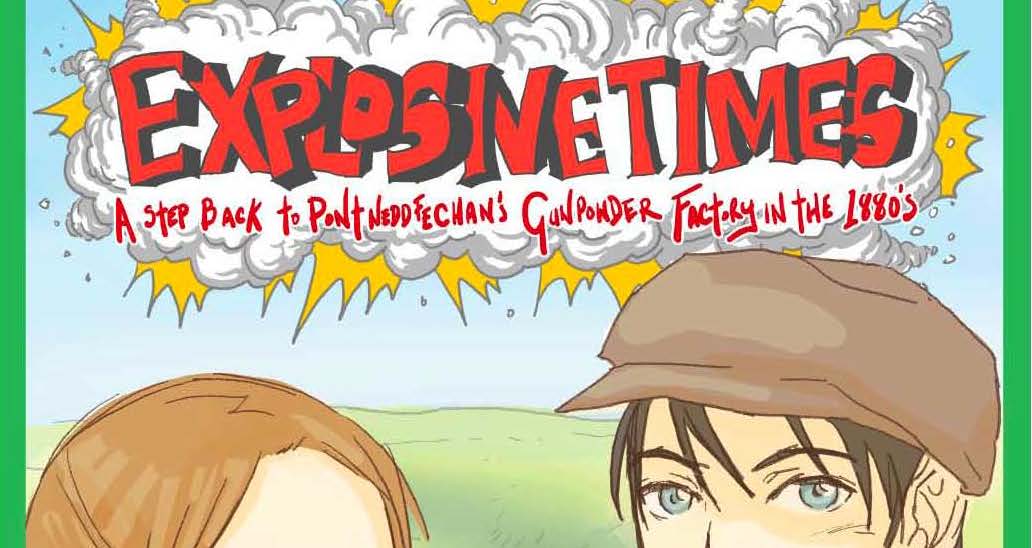 The aim was to create a guide to the factory at the height of its production in the 1880s for teenagers living in the local area or visiting the Waterfalls Visitor Centre.
We began by facilitating a workshop with local teenagers who were asked to respond to a variety of illustrated guides and trails. While normal interpretation publications were heavily criticised for being ‘boring’ the manga style comic produced for the Ancestors of the Don Gorge was voted the most attractive. The teenagers reacted more positively to a story-based guide than to any self-guided trails.
The result was a manga-based guide called Explosive Times. The story takes the reader through the site in the order of the gunpowder production process through the eyes of two teenagers during their first day at work.