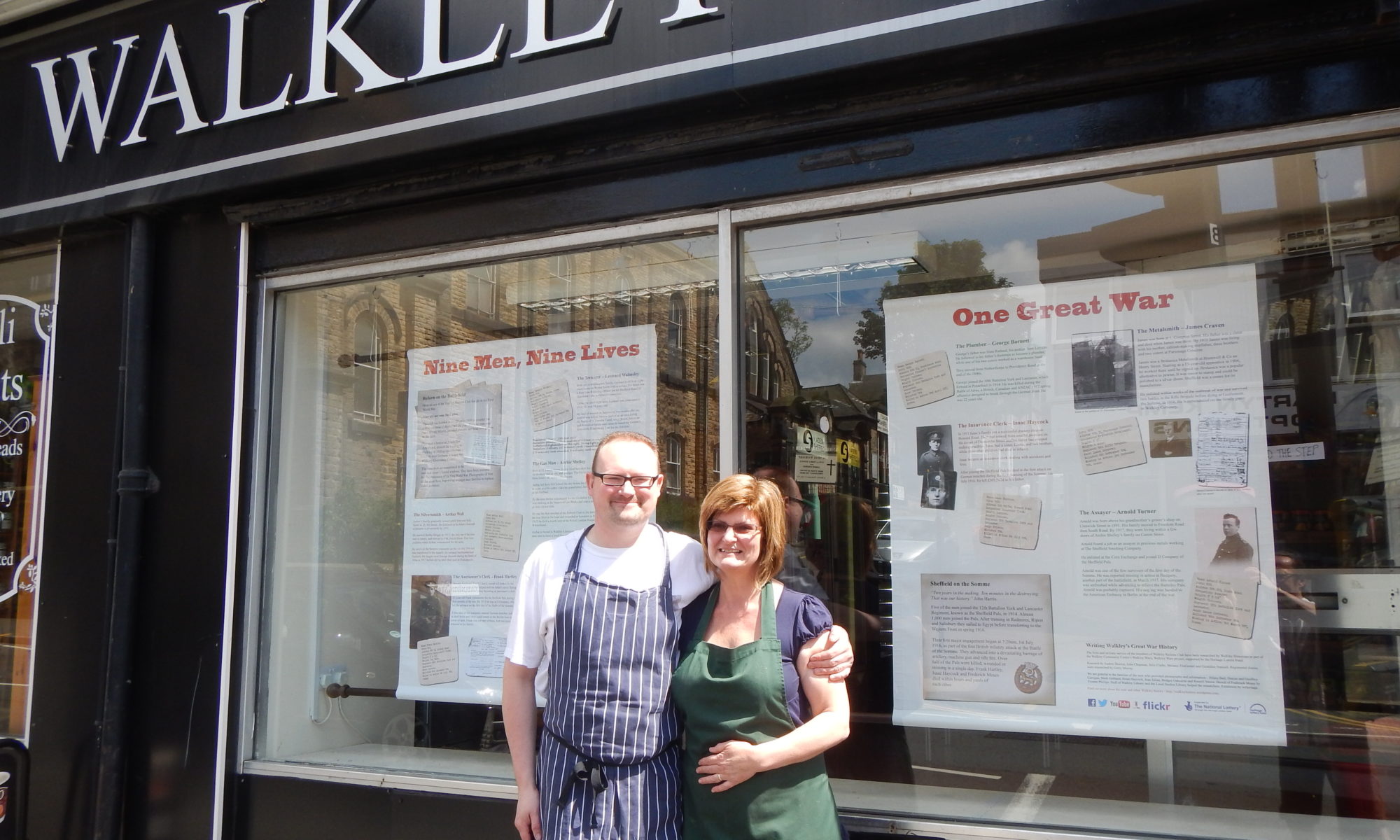 The Nine Men, Nine Lives, One Great War exhibition was installed in the window of Beeches of Walkley, Sheffield on Saturday 21st June.
“The display in Beeches is beautifully judged – moving and informative.  Every time I go past there seem to be people reading it.” Frances, Walkley Resident.

The exhibition interprets the pre-war Sheffield lives and military service of the nine members of Walkley Reform Club who were killed during the First World War.
It has been produced by inHeritage in collaboration with the Walkley Historians, volunteers who have researched and written the life stories of the men as part of the Heritage Lottery Fund supported Walkley Ways, Walkley Wars project. We have mentored the researchers over the last 16 months and created YouTube videos of the researchers presenting their findings to a History IS Here talk.
The exhibition will be on display in Beeches for the two weeks of the Walkley Festival before transferring to its permanent home in the Walkley Community Centre where it will hang either side of the newly restored memorial windows to the men.