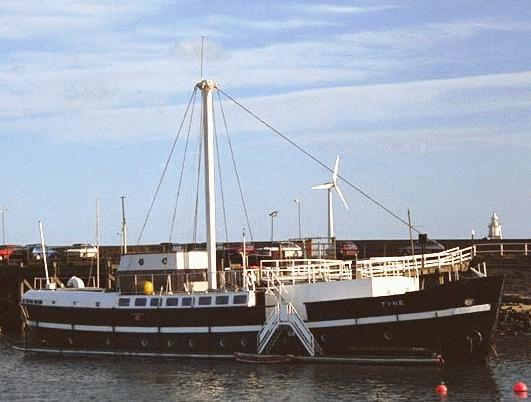 We have started work with the Royal Northumberland Yacht Club to develop an interpretation plan for their historic house yacht.

The yacht is now the HY Tyne III and moored at the Club’s base in Blyth. It is the oldest floating timber light vessel remaining in Great Britain and only one of three still identifiable as a light vessel. In 1908 there were 54 light vessels on station mainly around the East Coast, the Thames Approaches and along the South coast. It was built in 1879 but the builder and location of its construction are unknown because all records held by Trinity House were destroyed in a fire following a bombing raid in 1940. The only physical identification mark on her is LV 50 engraved into one of the deck beams. The vessel is recorded on the National Historic Ships UK register as being of National Importance.
The Club has been awarded a development grant by the Heritage Lottery Fund for the HY Tyne-Lightvessel LV 50 preservation project. inHeritage are delighted to be contracted to develop the interpretation plan as part of this development work.